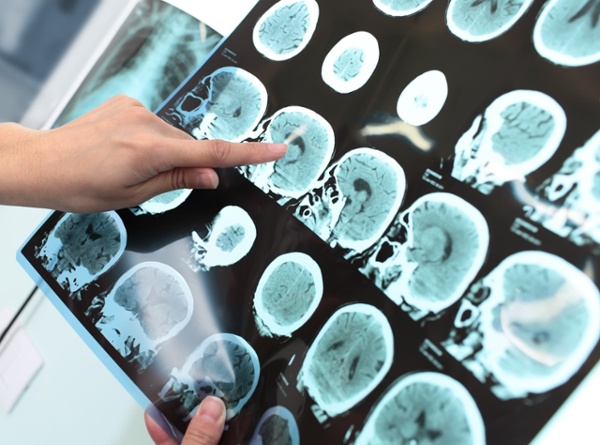 A Closer Look at Dementia: Alzheimer's and Beyond 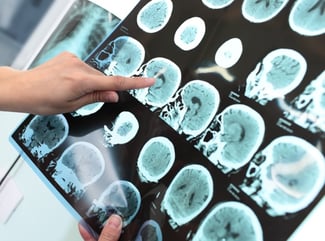 While many people use the terms “dementia” and “Alzheimer’s disease” interchangeably, there is a difference between the two. Alzheimer’s is one common type of dementia, of which there are also many other forms. Let’s take a closer look at a few of the most common types of dementia, highlighting what caregivers should know about each of these unique brain disorders.

This past September marked the arrival of the fourth annual World Alzheimer’s Month. This designation is part of Alzheimer’s Disease International’s global campaign to raise awareness about this debilitating disease which accounts for between 50 percent and 75 percent of all dementia cases.

While scientists have yet to determine what causes the death of nerve cells that occurs with Alzheimer's, they are able to confirm the disease through the observance of damaged areas of the brain. Symptoms, which progressively worsen, include memory lapses, trouble with finding the right words, and mood swings.

Alzheimer’s disease has a massive impact. One person develops this type of dementia every 67 seconds, according to the Alzheimer’s Association. Because of its increasing prevalence, Alzheimer's is expected to escalate as a serious health issue with implications impacting the entire healthcare system. In fact, this illness constitutes such a threat that the U.S. government has set a 2025 timeline for finding the cure.

The second most common kind of dementia, vascular dementia is also referred to as “post-stroke dementia” and “multi-infarct dementia.” Combined with Alzheimer's, vascular dementia accounts for a staggering 90 percent of all dementia cases.

Unlike Alzheimer’s, vascular dementia is triggered by a specific event -- usually a stroke -- during which blood flow to the brain is disrupted. Symptoms vary depending on the affected region of the brain, but can include a broad range of problems including everything from inappropriate emotional responses to money management issues to short-term memory loss. Prevention and early diagnosis can play a significant role in identifying and treating this disease, which counts smoking, diabetes, cholesterol and blood pressure as risk factors.

Approximately 1.4. million people in the U.S. have this third most common cause of dementia, also known as diffuse or cortical Lewy body disease. Caused by impaired nerve cell functioning brought on by the presence of abnormal proteins, LBD closely resembles Alzheimer’s and Parkinson’s in symptoms. Because of this, it is frequently under- and misdiagnosed.

Memory loss, sleep disruptions, hallucinations, and issues with alertness are a few of the prevalent symptoms of LBD, although it can take up to two years from the condition’s onset for symptoms to manifest in a diagnosable way. As early detection is linked with better outcomes, caregivers who notice these symptoms in their aging loved ones should check in with their physicians as soon as possible. Treatments include a variety of therapies as well as medication, but there is currently no cure.

Affecting between 50,000 and 60,000 people in the U.S., this disease -- also known as frontotemporal lobar degeneration (FTLD) or Pick's disease -- accounts for roughly 20 percent of all dementia cases, according to the Association for Frontotemporal Degeneration.

Unlike most other types of dementia, FTD does not usually affect a person’s memory, although it does impact ability to function, behavior and language. Losses of inhibition, motivation and empathy are signs of FTD, as well as depression and anxiety. FTD also differs from more common forms of dementia in that it is considered a "young" person's disease with 60 being the average age of diagnosis. There is no cure for frontotemporal dementia, but both medical and nonmedical interventions are used to effectively treat symptoms.

While there are many more types of dementia, caregivers who are aware of these four main types can act quickly, when symptoms first occur, to ensure their loved ones gain access to critical early intervention.