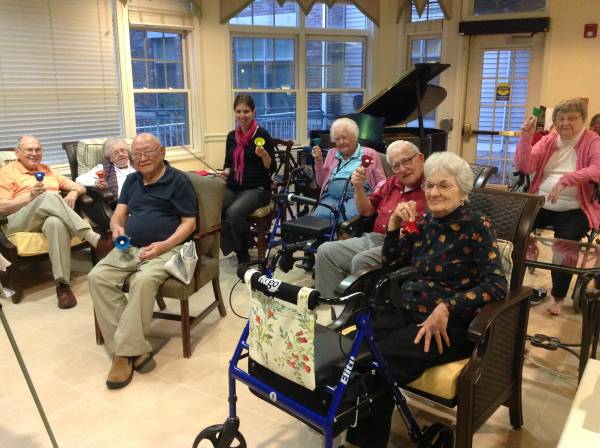 Middlewoods of Farmington Residents are Ringing Their Bells! 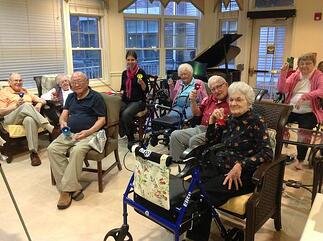 A new resident bell choir is ringing at Middlewoods of Farmington

Led by Activities Director, Ginny Brown, the residents of Middlewoods of Farmington formed the bell choir a few months before the holidays and have been performing at the community and around town.

The choir has visited Arden Courts of Farmington and has also performed at Middlewoods for their family Christmas party last month. Currently, the residents are ringing their bells in practice for Middlewoods of Farmington’s anniversary party, a special family event coming up in March. The group plans to visit Cherry Brook Health Care Center and a few other locations in the spring.

Initially, the residents scoffed at the idea of forming a bell choir, with comments like, “Bells? Yeah, right! We can’t do that!” Fortunately, they decided to give it a try and have been filling the halls of Middlewoods of Farmington with the happy sounds of their ringing bells. Now, they unashamedly share they hope to be performing at the Lincoln Center in New York City by 2015.