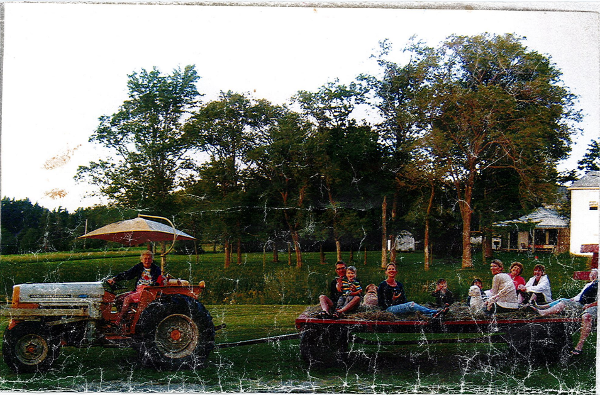 Meet Rita Klingenmeier, a resident at one of our award-winning UMH communities: Middlewoods of Newington. Rita made the move to Middlewoods in the fall of 2015 and since that time, has enjoyed a healthy and active lifestyle in the community.

Rita grew up in Buffalo, New York. She eventually fell in love and met her husband, Kenneth there and they were married. (For over 50 years!) During the early years of their marriage, while Ken was working, Rita decided to take classes to become an insurance sales specialist. She completed her coursework and shortly after, opened a private insurance agency with Ken. While Rita worked at the agency, Ken then took classes to learn the insurance business himself. He later finished his studies, took over the company and then both he and Rita bought a farm in Marilla, New York. Rita then became the farm manager.

Rita and Ken’s farm had sixty-six acres, three tractors, a pond in the backyard for swimming, and an apartment over the garage, which they rented. In addition to maintaining the farm, Rita and Ken bred and sold horses and raised pure-bred Doberman dogs. Rita would show the horses at shows and compete in jumping competitions, in which she broke a few bones doing so. “Ken thought I was crazy,” Rita laughed, “but I loved it and won quite a few medals and ribbons.”

For Rita, life on the farm was a highlight in her life. When asked about farm life, a huge smile spreads across her face and she happily shares a story or two. “One of my favorite things to do on the farm was take friends and family members on hay rides around the farm.”

At her new home at Middlewoods, Rita is one of the most active residents. She is a member of the “Middlewoods Woodchucks” Wii bowling league team and regularly participates in nearly every program. From exercise and arts and crafts classes to word searches and weekly out trips, she stays busy and engaged with her friends and neighbors. “Rita is a wonderful addition to our community and someone others can always count on for a smile and story,” shares Executive Director, Stacy Kesl.

Reflecting on her life and making the move to Middlewoods, Rita is grateful for the many memories she has made and the wonderful opportunities she enjoyed, one of them being the chance to live in such a warm, welcoming community like Middlewoods. “I have had a good life,” Rita says. “I was really lucky!”