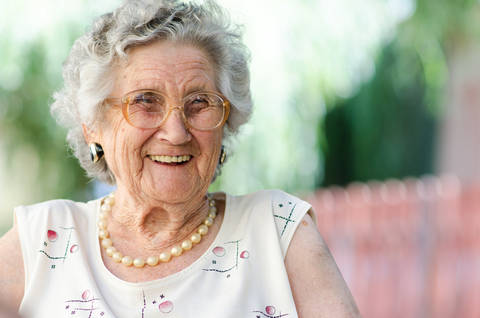 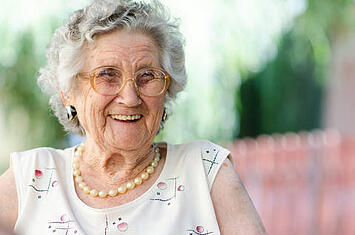 “I have a difficult time talking to my mother. We used to have wonderful conversations. But the more her dementia advances, the less intelligent our conversations become. What do I say to her, especially when her sense of reality has changed so much?”

Certainly a fair and a common question, raised by situations that are often painful to watch, as we “lose” the loved one we knew. There is no easy answer to the question. But perhaps something my adult children refer to as “going to Grandma-land” sends us in the right direction.

My mother lived with our family for twenty-six years, and several years before she died, she began telling “stories” which were patently untrue and she began showing other signs of mental confusion. The doctor confirmed what we suspected. She was, in fact, showing classic signs of dementia. Since they were young and uncertain how to respond to the stories and confusion, we decided (for everyone’s sake) that rather than fret about what could not be changed, we would simply find ways to enjoy the stories and the confusion.

We would not frustrate her by saying things such as, “Grandma, maybe you were dreaming, you could not have met Hillary Clinton at the Beauty Salon. She lives in Washington and you live in Connecticut. Maybe you saw someone who looked like her.” We would respond differently. Rather than frustrate her more as she tried to convince us that she most certainly had not had a dream or seen a double, we would just go, as it was, to “Grandma-land”. We would enjoy the moment and marvel at how amazing it was that she had met Hillary Clinton. (By the way, Grandma was a die hard Republican and had no use for any Democrat).

In short, we acknowledged that the Grandma we loved and knew was lost, in some sense, to us. She now lived in her own world. Hence the creation of “Grandma-Land”. The result was less frustrating for all of us. It also provided some wonderful moments of joy and laughter for everyone involved, as we traveled as best we could to her world. Yes, we missed the old Grandma, but we found a new one.

This is certainly not the only way to deal with such situations, but it was effective. It is not a direct answer to the question, “How do I talk with Mom?” But it does suggest a direction. As much as possible, enter the world of the person with dementia! Their reality is “reality” to them. It seems cruel to try to make them see the “truth”. Wherever they are at the moment is their truth!