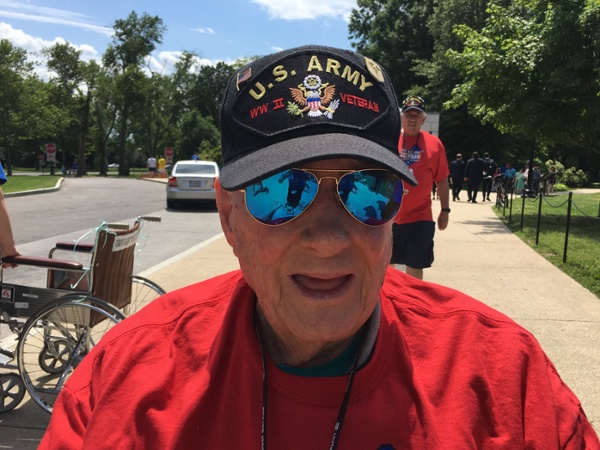 Born in the city of brotherly love (Philadelphia), Owen picked up the boyhood nickname “Buzz” that has followed him to this day.  As a young man, he was drafted into the US Army in 1945 where he was trained as a medic. He saw frontline action in the pacific and later in Korea. Incredibly, he would go into battle armed only with bandages and medicine.

Having served his country proudly, he was discharged in late 1946. Returning home to Philly, he worked a full-time job while putting himself through college at Temple University. Graduating with an Accounting degree, he landed his first job at General Instrument Company in Pennsylvania. 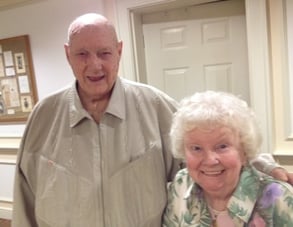 As many of his fellow Middlewoods’ residents have come to learn, Buzz loves music and dance so it should be no surprise he met his wife, Eleanor, at a dance. Together they raised their sons, Timothy and Patrick, and daughters, Diane and Kelly. They also have two granddaughters (so far).  Married in 1953, Buzz and Eleanor will celebrate their 64th anniversary this year.

Following his accounting career, Buzz was ready for a new challenge and became a Revenue Agent for the Internal Revenue Service. He spent seven years tracking and finding businesses who owed Uncle Sam taxes. With the ability to attach liens on houses and cars, it was a good idea to welcome Buzz in when he showed up at your door. He was once offered payment for back taxes - $177,000 in cash! Not falling for the trap, he wisely offered to follow the man to his bank where it could be converted to a cashiers’ check.

As a longtime member of American Legion Post 502 in Ocean City, NJ, Buzz was honored this June in Washington, D.C. The national non-profit Honor Flight provides free travel and accommodations for veterans to tour the nation’s capital and offered Buzz the opportunity to meet other members, visit the War and Service memorials and be recognized alongside other WWII vets. This was fitting tribute to one who has served his country with bravery and honor.

A few members of his legion post came by car to Connecticut to escort Buzz on the trip. The first stop was a reunion at their legion post in New Jersey. Then, they carried on to D.C. for the main event. Buzz and his friends from Post 502 spent their time reminiscing and enjoying this special trip together.

Buzz has been a resident of Middlewoods Independent and Assisted Living in Farmington for a year now. He likes to play bingo, a popular horse racing game we have here, bocce, and corn toss. He also likes classical movies like Oklahoma and South Pacific and enjoys coming to our musical programs. As mentioned above, Buzz also is very involved with the American Legion group. It’s an honor to have such an inspirational, strong and patriotic resident in our community.