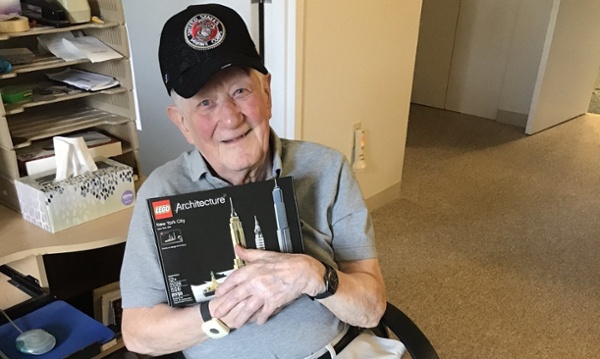 For Christmas, most families give their loved ones clothes, games, or sweets, but this Christmas, Don Walkley, a 92-year-old resident of Crosby Commons Assisted Living Community, received a 5,923 piece LEGO set of the Taj Mahal. Lining the shelves of his apartment are famous buildings Don’s built from intricate LEGO sets, including the White House, Eifel Tower, and the Lincoln Memorial, but none have compared in size to his new Taj Mahal display. Don’s family chipped in for Christmas and surprised him with the $300 puzzle and since December, Don has worked hours every day to complete the massive puzzle. 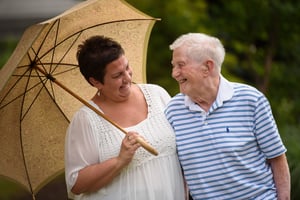 “I just like to stay busy,” Don explains. Whether he’s playing games on his computer, completing crossword puzzles in the newspaper, or participating in the many programs offered at the senior living community, Don fills his day with engaging activities.

Once Don’s Taj Mahal was built, he held an open house for his fellow residents and after being on display for a few weeks, Don decided to disassemble the set and is in the process of donating it to Bricks for a Cure, a non-profit that collects LEGOS to raise money to help children afford cancer treatments. 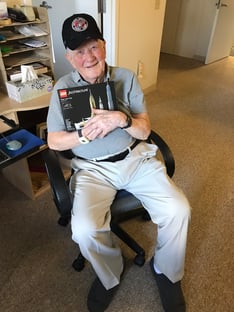 When asked what his next LEGO project was going to be, Don was uncertain, as LEGO puzzles can be very expensive. After hearing of Don’s commitment to building the Taj Mahal and his love for LEGOs, an anonymous company worked with employees of Crosby Commons through the community’s Journey of Dreams program to donate a new 598 piece set of the New York Skyline to Don.

Members of the Crosby Commons team surprised Don with the new LEGO set.

“I’m overjoyed,” Don says while holding his new LEGO set, “I’m most appreciative.” He estimates his new puzzle will take a month to complete and was eager to get right to work on it. 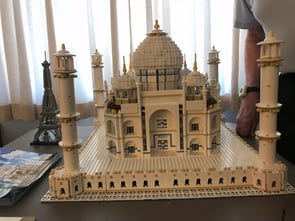 Click below to see a video of Don receiving his new LEGO set.